With more than 30 years of industrial innovation, we have been able to secure a unique position in the energy sector.

1982-1989 Coal at the inception of a circular partnership model

In the economic aftermath of the oil crises, SIDEC (Société Industrielle pour le Développement de l’Energie Charbon) was founded by Groupe Charbonnages de France at the initiative of the French government with the aim of helping industrial firms reduce the proportion of hydrocarbons in their energy generation mix by providing them with facilities offering optimal efficiency and environmental performances.

As a result, the first cogeneration plants producing both power and heat for industrial processes were built on about 30 industrial sites (in the agri-business, chemicals, car manufacturing, tyre manufacturing and paper-making sectors).

Coal at the inception of a circular partnership model 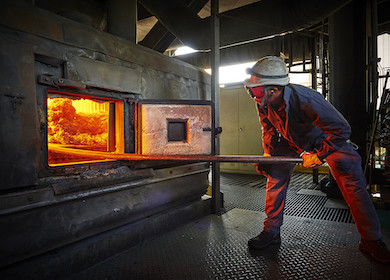 The year 1992 marked an important turning point in our history, with the commissioning of the world’s first hybrid bagasse/coal cogeneration plant at the Bois-Rouge site on Reunion Island. This 62 MW power plant combined cutting-edge technology with innovation by adopting a circular economy approach: the power plant provided the sugar refinery operating at the site with a solution to improve its energy procurement by optimising the recovery of bagasse, the sugar cane residue.

This innovative approach prompted Séchilienne, an Air Liquide subsidiary, to take an equity stake in Sidec in 1994. Séchilienne then gradually increased its stake until it had acquired a majority holding, culminating in the merger between the two companies in 2001 and giving birth to Séchilienne-Sidec.

Encouraged by the success of this new model, investment in biomass gathered pace. A second bagasse/coal cogeneration plant was built on Reunion Island, at the Le Gol site (64 MW), and was commissioned in 1995. This was followed by the construction of similar plants in other French overseas territories: at the Le Moule facility (64 MW) in Guadeloupe in 1998, and at Belle Vue (70 MW) in Mauritius in 2000.

Bagasse used in our power plants for the first time 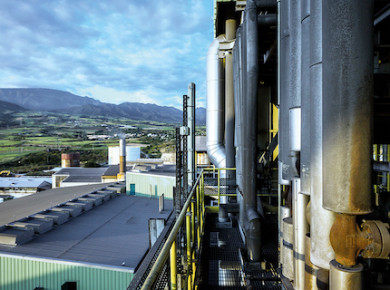 In 2004, the Group moved into the wind power market in mainland France, building its first 37.5 MW wind farm in Haute-Lys in the Nord-Pas-de-Calais department. This facility was sold in 2007.

In 2007, we also began operating a first domestic heating oil-fired combustion turbine unit at the Le Galion facility in Martinique (40 MW) to cover peaking demand and the grid’s emergency requirements.

In 2011, we commissioned the Caraïbes Énergie coal-fired thermal power plant (38 MW) at the Le Moule site in Guadeloupe.

In parallel, we continued to develop our biomass model, successively commissioning: a second plant unit (46 MW) at the Bois-Rouge site on Reunion Island in 2004, a new installation (30 MW) in Saint-Aubin, Mauritius, in 2005, a second unit (58 MW) at the Le Gol site on Reunion Island in 2006, and two 45 MW plant units in Savannah, Mauritius in 2007. These projects bore out our idea that the model based on cogeneration and partnership with the sugar agro-industry would be a driver of development.

Renewable energies (ENR) were also becoming a growth lever that became increasingly close-knit into our energy mix. The development of solar power installations in the Indian Ocean region, the West Indies, French Guiana, mainland France and Southern Europe (Spain and Italy) continued, increasing the total installed capacities to about 70 MW. Wind farms, with a total capacity of 56 MW, were principally concentrated in mainland France. 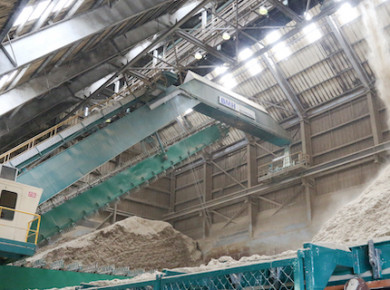 From 2012 to the present day Albioma, birth of an independent energy producer committed to the transition to renewable energy and specialised in plant biomass

In January 2012, we adopted a new strategy with the main goal of launching a transition to renewable energy. This was centred on producing energy from biomass along with a parallel solar power offering. In that context, we sold our wind power business to EDF Energies Nouvelles in early 2013.

On 30 May 2013, we changed our name to Albioma, with a new identity reflecting our development strategy focused on our core business, the local recovery of biomass as a renewable energy source.

This strategy was also reflected by our international expansion with the 2014 acquisition of a bagasse cogeneration plant at the Rio Pardo sugar refinery in Brazil, marking our first steps into a market outside French territory.

Albioma, birth of an independent energy producer committed to the transition to renewable energy and specialised in plant biomass 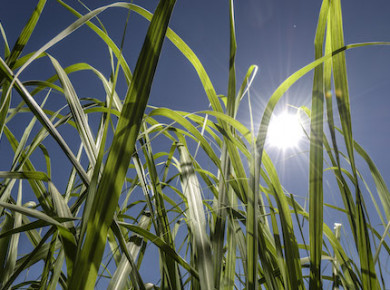 And tomorrow? Biomass, key to a carbon-free energy mix

Warnings from the international scientific community reflected in the Paris Agreement and the French Climate Plan of July 2017 placed carbon-free, renewable energies at the heart of tomorrow’s challenges.

On the strength of our presence in regions cut off from national networks and our increasing focus on renewable energy (targeting 100% of energy produced by 2030), we are a major player in the energy transition in Overseas France. By compensating for the intermittent nature of power production by wind and solar farms, bagasse/imported biomass cogeneration offers an ideal solution to stabilise power grids.

In September 2018, we commissioned Galion 2 in Martinique, the first 100% biomass/bagasse plant in Overseas France. We also deployed the first peak-load combustion turbine fueled by sugarcane-based bioethanol in La Réunion in February 2019.

On the solar side, as a leader in overseas France, we are pursuing the development of innovative projects with storage. And in December 2018, we strengthened our presence in France by acquiring Eneco France (now Albioma Solaire France), and we entered the Brazilian solar market in August 2022 with the acquisition of a portfolio of six plants. 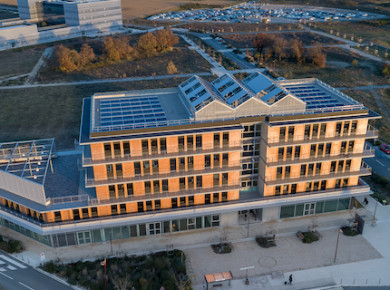