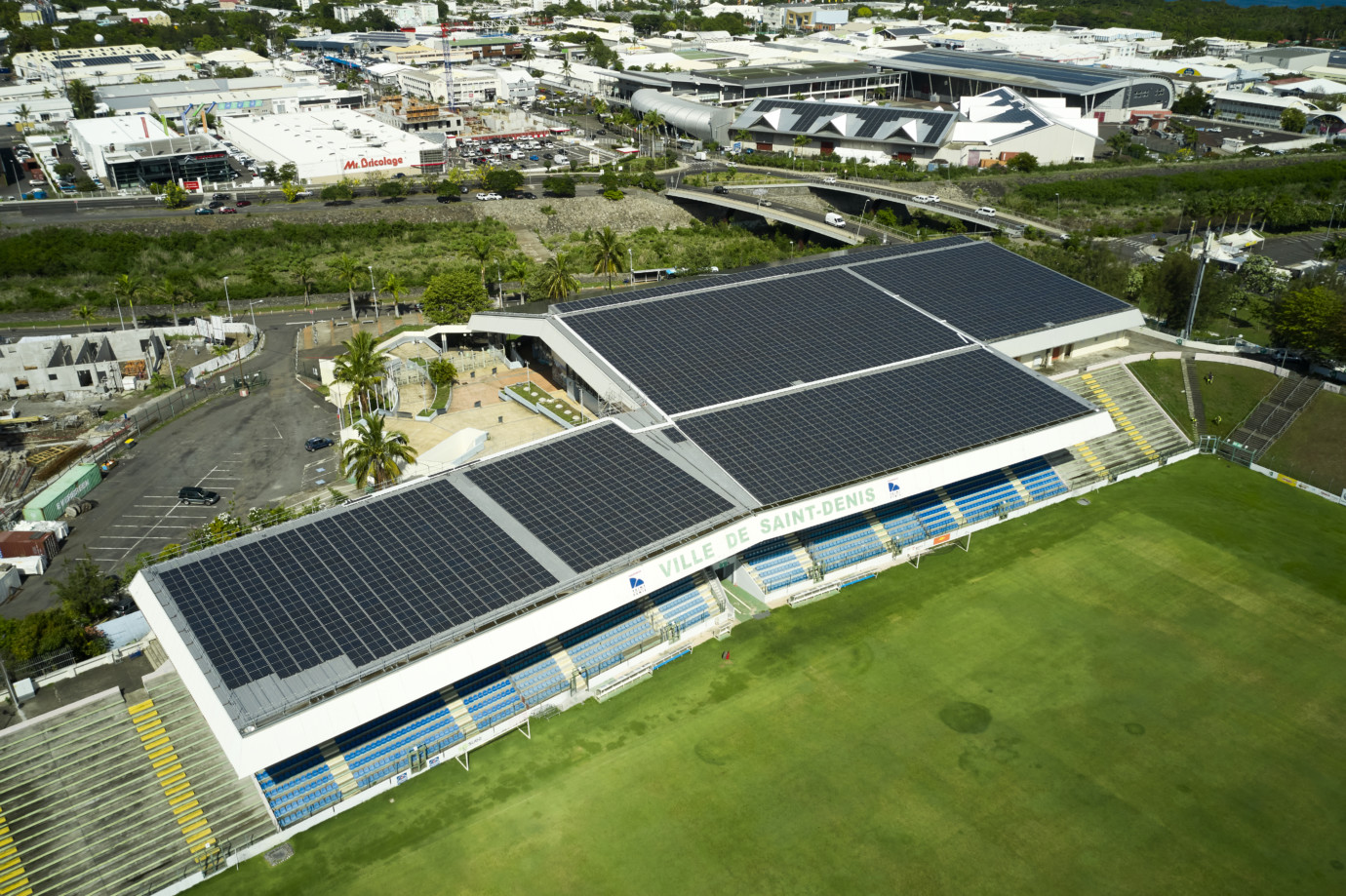 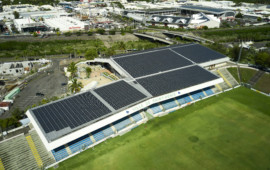 Albioma is supporting the city of Saint-Denis de La Réunion in its commitment to the energy transition of the Island by commissioning the power plant with storage at the Est stadium.

The Stade de l’Est Jean Ivoula project won the 2016 call for tenders held by the Energy Regulatory Commission for the construction and operation of solar photovoltaic power plants with energy storage in non-interconnected areas (ZNI). The project presented to the CRE in 2015 had to demonstrate its innovative nature to be awarded the contract, in particularly in production forecasting, storage, and control and command.

A plant with storage, rich in technological innovation and integrated into the territory

The central unit is located on the stadium’s roofs and in the bleachers, and does not result in use conflicts. With total power of 1.3 MWp, it is equipped with LI-Ion energy storage batteries offering 1.33 MWh in capacity.

In addition to the guaranteed power provided by the batteries, this power plant will supply energy every day during the end-of-day peak (between 7 p.m. and 9 p.m.); the technology deployed for this power plant makes it possible to offset the intermittent production of conventional solar installations, thus stabilising and guaranteeing production during the day (cloud passages, weather changes) and increasing its predictability.

In addition, the power plant, composed of 4,200 panels, is equipped with an energy management system that informs the grid operator of the power delivered in real time.
The plant will produce 1.7 GWh per year, equivalent to the annual consumption of 600 households in Reunion Island. 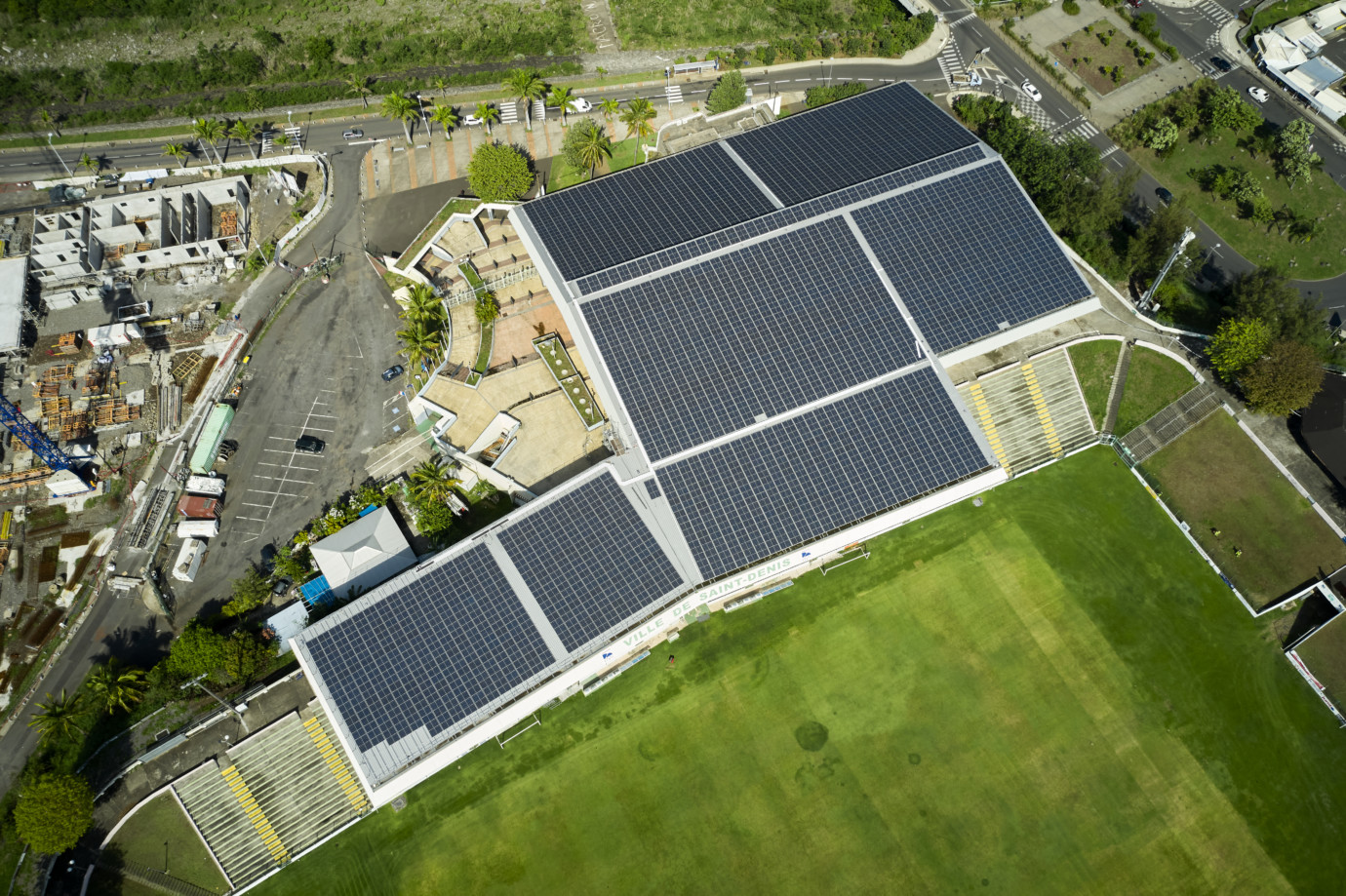 See all our sites
Next site: Martinique